From the depths of the sea to outer space, new insights are emerging about how the lymphatic system functions in extreme environments. Astronauts and sea turtles have exhibited symptoms of lymph dysfunction, the study of which is helping clinicians better understand the development of lymphedema in the human body. Read on for a short review of the relevant anatomy and physiology, as well as highlights from intriguing new studies on this surprising relationship among sea turtles, space, and lymphedema.

Lymphedema and The VAIL Concept

In a previous presentation and article, “Is All Edema Lymphedema?,” I addressed the fact that all edema is potentially lymphedema. Lymphedema is a continuum with temporary lymphatic insufficiency on one end and the actual disease of lymphedema on the other end. Lymphedema currently has no cure but is manageable with proper diagnosis and care.

Edema fluid buildup is the clinical manifestation of an overwhelmed or damaged lymphatic system. There could be a transient form of edema or a permanent impaired disease state.

Lymphatic impairment leads to localized areas of compromised skin barrier function, which is described as lymphatic dermopathy. This, in turn, can lead to negative outcomes like infection, inflammation, carcinogenesis, and multisystem VAIL failure.

Gravity plays an important role here, as does movement. Body movement encourages the body’s VAIL systems to experience proper fluid flow and system function. The muscles and the pumping action of nodes near the joints all work together to maintain the person’s vascular health. This helps to promote the removal of cellular debris, maintain immunity, and minimize inflammation.

Drainage and Cleansing in the Lymphatics

Research is often about pattern recognition. When we look at sea turtles, we see patterns that are similar to and different from humans. This provides a deeper understanding of the structures and processes at play.

If sea turtles don’t have lymph nodes, how is the fluid cleansed? To understand the answer, we must first examine how it works in the human body.

Human lymphatic fluid is composed of blood plasma, proteins, lipids, byproducts of tissue healing, dead and senescent cells, cancer cells, enzymes, white blood cells, bacterial endotoxins, pollutants, and even things like perfumes and dyes. About 60% of what we put on our skin is picked up by our lymphatic system and may be identified as a potential threat by certain cells in the epidermis which take it down into the lymphatic capillaries to be managed by our lymph nodes.

Human lymphatics are the body’s recycling or drainage system. When you look at a schematic of the epidermis and dermis, you can see the lymphatic dermal capillary network. It looks a bit like a grove of trees.

The dermal lymphatic capillaries are bidirectional, opening to pick up and absorb fluid within the dermis and subdermal spaces. As the fluid enters the dermal lymphatic capillaries, it is termed ‘lymphatic load,’ which is directed to pre-collectors (akin to tree trunks), and ultimately to the large lymphatic-valved collectors that run parallel to deep veins and arterial structures (the root system). This allows one-way flow of the load to regional lymph nodes where the fluid is cleansed and processed prior to reentry into the venous system as the venous angles.

The lymphatic system has been described as a nodal-centric immunovascular system, which acknowledges how it picks up fluid from numerous structures throughout the body and delivers it for cleansing at the regional lymph nodes. Anatomically, these nodes are located in key areas that are constantly compressed by mechanical movement, respiration, and so forth.

Keep in mind that the lymphatic system not only manages interstitial fluid movement but also mediates immunity, inflammation, and disease processes within the body. Dr. Stanley Rockson uses a helpful analogy where he describes lymphatics as the mortar of the body: Strong mortar helps build a strong brick wall, but crumbling mortar leads to a crumbling brick wall.

What happens when the skin can’t perform its usual barrier function? What if your suit of armor is damaged?

Chronic lymphatic impairment can lead to significant changes in the skin at the dermal level. Fibrosis and papillomatosis often result due to the chronic inflammatory state created by lymphatic impairment. It’s like turning a clean flowing river into a stagnant pond. The stagnation leads to significant dermal changes which are a telltale sign of patients with chronic, long-standing lymphedema. Lymph system disorders put patients at risk of infection, inflammation, and carcinogenesis. They’re also prone to cellulitis, hypersensitivity reactions (as seen in phlebolymphedema or chronic venous insufficiency), and skin that exists in a chronic inflammatory state.

So how does this relate to sea turtles? Green sea turtles are prone to a condition called fibropapillomatosis (FP). I first saw this displayed in a sea turtle in Clearwater, Florida. Turtles in quarantine exhibited tumors that looked strikingly similar to patients I see with lymphatic filariasis (a parasitic form of lymphedema). I reached out to the marine biologists at the oceanographic center at Nova Southeastern University, who explained that the condition is due to Chelonid herpesvirus 5.

The prevailing belief is that FP involves the herpes virus, but I wondered if there might be a relationship to lymphatic dysfunction. Most Green sea turtles live in areas of high agricultural runoff where pollution contaminates the water and food supply. I theorized that the turtle lymphatics were damaged due to the pollutants leading to turtle lymphatic dermopathy, resulting in FP. When the skin becomes compromised, it is prone to opportunistic infections. Therefore, I further theorized the herpes may be opportunistic and not the true vector of the FP. While my colleagues and I were excited to explore this line of research, we quickly realized there was very little available research on turtle lymphatics.

Sea turtles have a large concentration of lymphatics in their gut mesentery. It’s possible that there are enzymes or structures that are assisting with fluid cleansing. When the lymph arrives at the turtle lymph hearts, it’s propelled and pulsed into the vascular compartment for reuse in the turtle’s body.

We are left with many more questions than answers. Turtles have given us new insights into how the lymphatics may function in various species, but the remaining questions warrant further study. Is it possible that turtles have an underdeveloped system compared to land-based mammals given the environment of the ocean? The deeper you go in the ocean, the more pressure that is exerted (every 33 feet is one atmosphere). Is it possible this type of environment augments the lymphatics in sea turtles? Land mammals have a fairly robust system that developed with the influence of gravity. Again, more questions than answers.

Space and Disruption in Lymphatic Function

Let’s now move from the sea floor into outer space. Weightlessness impacts lymphatic function because, as mentioned earlier, gravity is part of the process. In the vacuum of space, astronauts experience extremely low gravity known as microgravity.

They also experience extreme temperatures, the pressures of initial launch, accelerated forces, space debris, radiation, circadian disruptions, confinement, isolation, and other situations that are unique to space travel. Their human physiology attempts to adapt, but the human body isn’t good at maintaining homeostasis in these conditions.

Key physiological space adaptations may reside within the lymphatic system. Although there is existing research into the impact of space travel on the cardiovascular and the musculoskeletal systems, the connection between space travel/weightlessness and the lymphatics is new territory.

Within the first 6 to 48 hours of weightlessness, up to 2 liters of fluid can move from the legs to the head and neck. Astronauts report that when they’re in space, they begin to feel head congestion, nasal congestion, and headaches. They feel like they have a bad cold with severe fluid retention. This has been termed ‘Moon Face’ or Puffy-Head-Bird-Leg Syndrome.

In normal gravity, 70% of the body fluids reside below the level of the heart but in microgravity, these fluids are able to move up into the head due to changes or a lack of pressure gradients, alterations in the contractility of the leg muscle pumps, changes in respiratory chest wall function, and the dysfunction created in the glymphatics (brain lymphatics) in a weightless environment. The glymphatics cannot be sufficiently cleared without gravity. This may also contribute to Spaceflight Associated Neurocoular Syndrome (SANS) which is similar to eye lymphedema creating visual changes and other ocular symptoms.

My colleagues and I are currently studying the impact of weightlessness on the lymphatic system using a ground-based analogue to simulate the fluid shifts experienced in low earth orbit. This isn’t just a medical curiosity. It’s a threat to the health and safety of space travelers. Impaired lymphatics in the brain can lead to accelerated cognitive decline and persistent neurodegenerative changes.

One of the major takeaways here is that we must devise countermeasures for deep sea and space travelers who are at a higher risk of lymphatic dysfunction. Also, right here on land we can use this knowledge to expand our ongoing understanding of lymphedema diagnosis and treatment.

The extensive and expanding data set from emerging lymphedema research can help clinicians understand the pathophysiology of patients we encounter right here on Earth every day. As our species continues to travel into the distant regions of space, we should take care to preserve our bodies’ powerful, but vulnerable, lymphatic system.

Lympha Press addresses lymphedema with devices that improve lymphatic fluid flow within the body. If you’re a doctor or patient with concerns about lymphedema treatment, please take a look at the innovative therapy options from Lympha Press. Our products offer significant lymphedema symptom relief and are backed by clinical studies.

Decongestive Exercises for Lymphedema: How and Why They Work 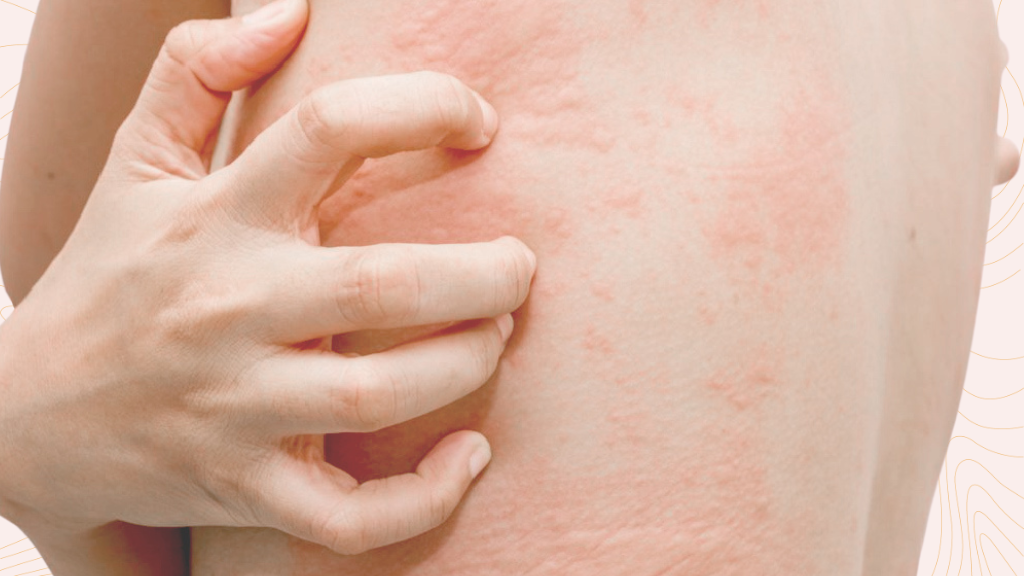 Mast Cell Activation Syndrome and Its Impact on the Lymphatics 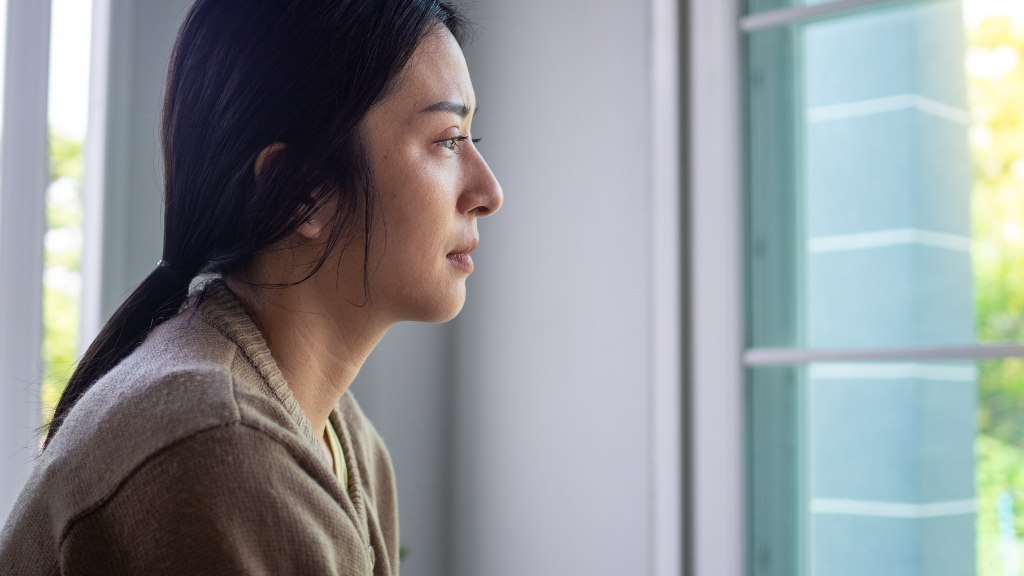 When someone has vascular disease, they’re much more likely to have a mental health ...
Read More > 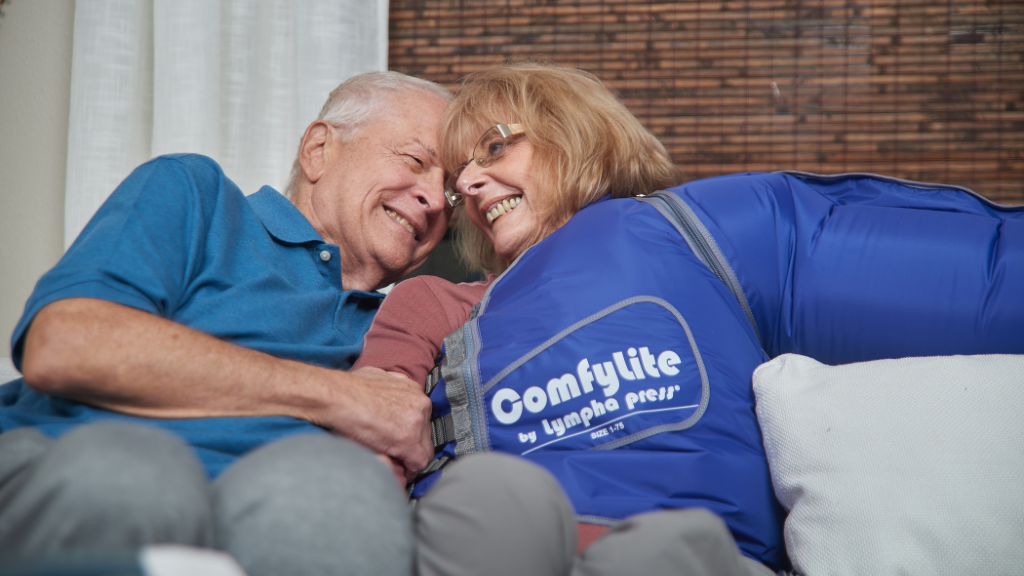 Effective Treatment for Breast Cancer-Related Lymphedema of the Thorax 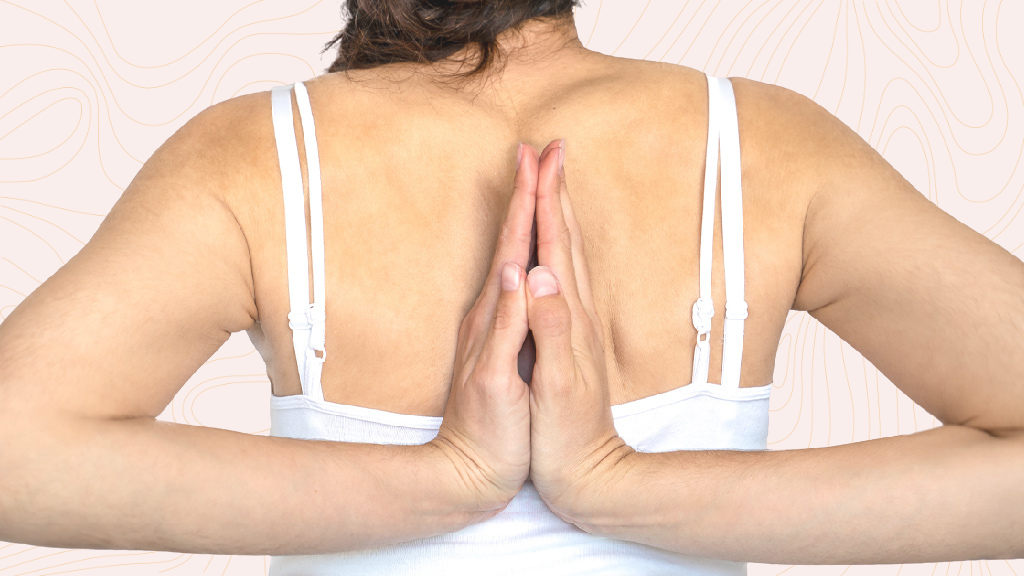 Looking Out for Lipedema Landmines 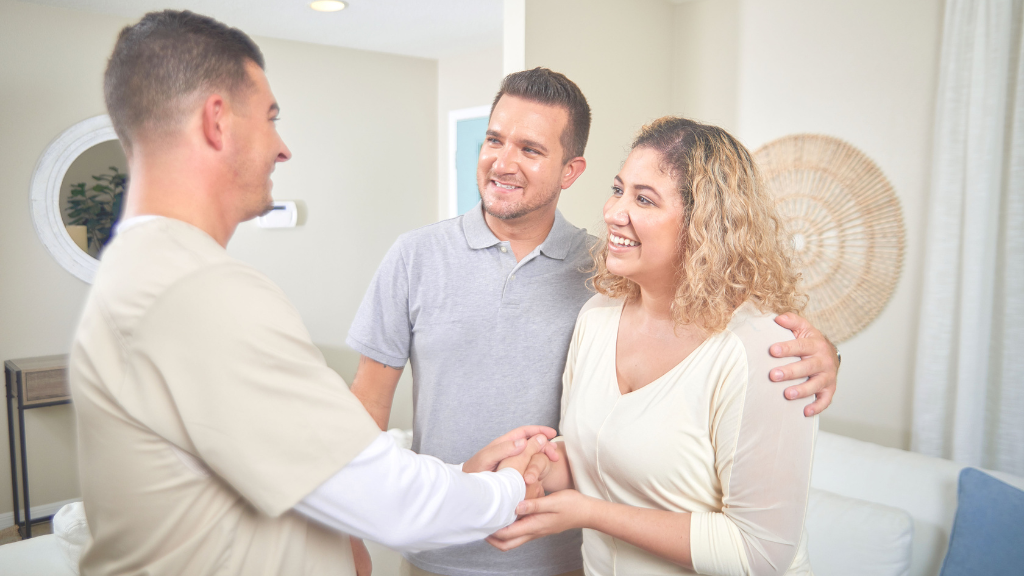 Are You Using Patient-Centered Functional Outcome Measures for Lymphedema and Lipedema?

You’re in the right place! 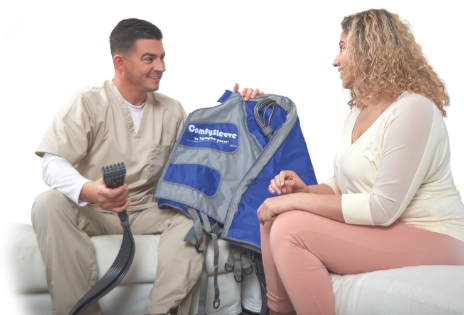